The story of a life between two colours 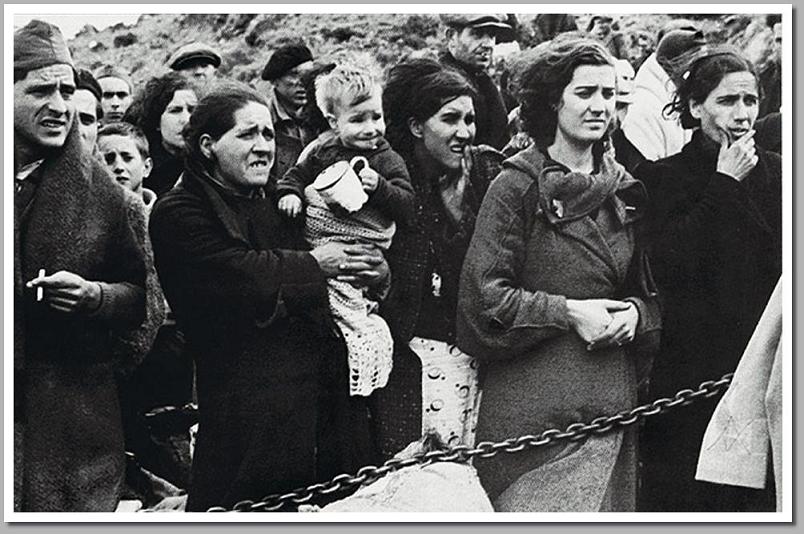 Italian
Author(s)
Summary
We find ourselves in Franco’s Spain. A man and a woman love each other and want to have a family together. But this project wavers when the woman, of a communist family whose father has been killed by Franco’s soldiers, discovers that the man she loves belongs, along with his family, to precisely the opposite faction – her own family’s most hated enemies. But their love is stronger than hate, and their plans for their future life together are destined to go forward.
A short fragment of the story

Josep is disappointed; the situation is not what he expected or wanted. He feels divided. He is going through a controversial interior debate about socio-political and family issues. His family demands his attention. Josep, together with Carme, the eldest daughter, are the heart and soul of the Sunday gatherings in the mountain. He plays the guitar and Carme dances while Josep’s wife looks after the other two children. In his circle of friends some write poetry, some write plays...others play the guitar. Josep learned to play it by ear. They are men who are fighting from their villages to improve the situation of this land which looks more towards Europe than towards Spain. They all form part of a group for which they can’t find the appropriate name. It is the birth of what would later be known as the Esquerra Republicana de Catalunya (Republican Left of Catalonia) (ERC). Josep writes articles in the new newspaper “Humanitat” as well as plays. Some are shown in the Teatre Espanyol in Barcelona. But...is he listed in the society of authors? He will look after that later; at the moment it doesn’t worry him. But it’s a shame there won’t be a “later”.

Read the story
Countries
How this story was created
This story is part of the stories selected as winner for the "Telling Europe!" Award, created within the "European Memories" project, Grundtvig Multilateral Project - 2008 - 344 / 001-001, created by UNIEDA-Italian Union of Education of Adults (coordinator), ADN - Fondazione Diaristico Nazionale-Onlus, European Information Center (BG), Danish School of Education, University of Arhus (DK), Community Development Foundation (ES), SL- sozial.label eV (DE), VIDA - Association for Intergenerational Enhancement and Active Development (PT).
It is an autobiographical narrative.
Attachments
This story is participating to these calls