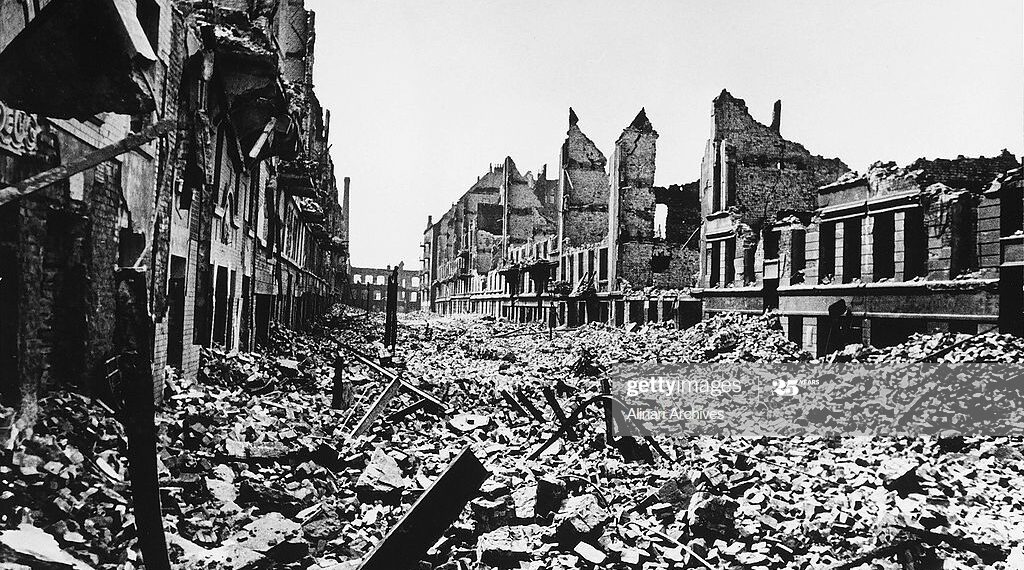 English
Author(s)
Summary
The story presented here takes us back to the memory of World War II in a vivid and direct way.
The narrator evokes a trip made with his family by car along the roads of a Europe that has just recently come out of the war....
A short fragment of the story

The wheels clattered as they rolled over the cobblestones.

The warm evening air flowed in through the rolled-down window and the street was sparingly lit by droopy street lamps.

One could still make out the dark bomb sites along the roadside.

We were on our way to Hamburg. It was 1953. I was twelve and showing signs of puberty with pimples and a voice that was changing.

There were four of us in the car; my father, my mother, my big sister and me. We had been on a journey through Europe – down through Germany, over the Brenner Pass, around Lake Garda, up along Lake Como, over the Saint Gotthard Pass and once more through Germany to then get back home, to Copenhagen.

Germany had been at war. Now, eight years after the end of the war, everything had been neatly tidied up: roads had been re-established, at least in the towns, but the houses were still bombed-out ruins. Scorched walls, half-broken-down walls, houses without roofs, houses where walls were missing. Gaping holes, where there once had been windows. Trees and bushes, which pushed their way up through the ruins and gave everything an optimistic morale: you can destroy a town but a tree will always find a way to still grow.