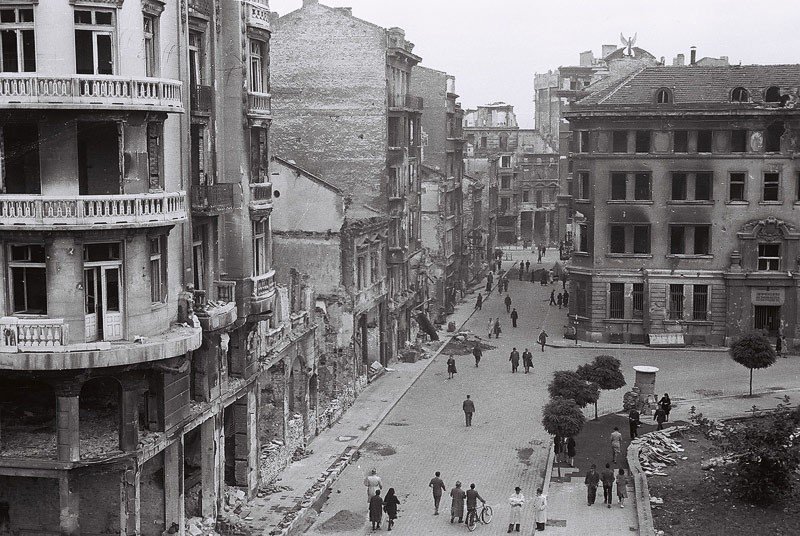 English
Author(s)
Summary
Penka Stefanova Dragoeva was born on 26-th February 1931 in Bulgaria. She was a teacher of chemistry in Dobrich and is a pensioner now. She has two sons and three grandsons. Penka has lived through a range of crucial for Bulgaria changes: the restoration of Dobrudzha/the north eastern part of Bulgaria/to Bulgaria in 1940, the Russian invasion in the WWII; the American bombing of Bulgaria; the communist regime and the recovery of democracy in the last decades.
A short fragment of the story

It was 1940-1943. I have memories from a bit later period. No matter of the different situation our family had a good life. Because we had a restaurant which worked all the time we couldn’t have lived poorly off. My father was in touch with traders of food and we were in no need of anything. But I remember that it was not allowed to eat meat on Wednesdays and Fridays. There was a special committee which went around the houses to check this. This showed that there was not enough food but I didn’t feel lack of food. But I can remember, for example, the Jew with the badges. They came to take food from the restaurant. They stayed outside, they couldn’t enter the restaurant. The Bulgarian people managed to save them from deporting; they didn’t take them away from the town. Celebrating the day of the Slavonic alphabet and culture

I remember the Levies who had houses and were one of the richest families; they came to the restaurant as well. I don’t remember the Germans but I remember the American bombers over Sofia and Bucharest. I remember when them dropping a bomb in our town by chance. They fell somewhere about today’s “Dunav”quarter. I remember being in bed, I heard the bomb explosion but I can’t remember if there were people killed. I remember very well how the authorities explained what we should do in case of bomb alarm, where to go. One day at noon we even watched the American squadron flying in our direction. All people shook in fear but the squadron was meant for Bucharest and it turned in that direction. The Russian army came on 8-th September 1944. In the morning one of our neighbours, who was a communist, told me that the Russian troops were expected to arrive that day so I decided to go and meet them. Some of the people waited them impatiently, others were afraid of their coming. A lot of people were in the centre and the street was narrow. Тhere were slogans: ” Welcome”. The army came in cars, jeeps and lorries. They had helmets on their heads. The soldiers were immediately аaccommodated in the houses of the population. My father had already been mobilized and the restaurant was closed but they wanted to use it as an officers’ club. My mother and grandmother went together to the commanding officer. My grandmother wouldn’t let her daughter-in- law alone there, because there were rumours about the behavior of the Russian soldiers. The commanding officer asked them to lock all that was valuable and let them in. When they went away, after some time, everything was in its place; nothing was missing, though on the ceiling were two rows of bottled wine and in the cellar there were also barrels with wine.

Read the story
Countries
Why this story is important
Through the story of a teacher now in pension we can discover our life story and the importance of some values. During the II World War, for example, not all the people could afford food and a good life; many people were imprisoned for their ideas; many others had to fight in order to get freedom. This is the most important value we should not forget.
How this story was created
This story is part of the stories selected as finalists for the “Telling Europe!” Award, created within the “European Memories” project, Grundtvig Multilateral Project – 2008 – 344 / 001-001, created by UNIEDA-Italian Union of Education of Adults (coordinator), ADN – Fondazione Diaristico Nazionale-Onlus, European Information Center (BG), Danish School of Education, University of Arhus (DK), Community Development Foundation (ES), SL- sozial.label eV (DE), VIDA – Association for Intergenerational Enhancement and Active Development (PT).
It is an autobiographical narrative.
Attachments