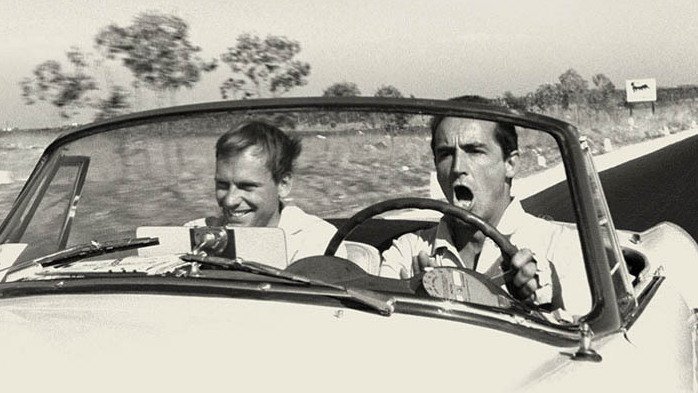 Italian
Author(s)
Summary
Travelling by car around Europe after the II World War: how many things you discover about the world and yourself?
A short fragment of the story

Travels in the 1950s ... I was ten years old when I began to discover Europe and for more than ten years we travelled through Europe by car. 1956. Goodbye to yellowed lace on the headrests of the seatbacks in Second Class, the caresses of metal springs on bare skin, goodbye to the creaking wooden slats of the seats in Third Class and the busted and sagging luggage racks. No goodbye however for First Class which we had never known. For now she – the FIAT 600 – was here and we no longer travelled by train. We followed routes with Europe flowing before us, a Europe that was changing slowly after the drama of the war, with more or less difficulty in relation to the intensity with which each country had lived through that drama. Thus we discovered a France and an England which, despite having undergone great suffering, got back on their feet quite quickly, putting behind them ruins and bad memories. Austria, on the other hand, in 1957 still retained fresh memories of its vicissitudes among the ruins and rubble of Vienna, its vanquished capital. Italy, too, had got back on its feet in different ways and at a differing pace in the South, Centre and North.  Year after year, we witnessed the transformation of the Italian motorway network. We first discovered the A1, then the A14 and many others after that.

Read the story
Countries
Why this story is important
Knowing other countries and other people always means knowing better ourselves: this travel around Europe let us discover an important part of our identity as European people.
How this story was created
This story is part of the stories selected as finalists for the "Telling Europe!" Award, created within the "European Memories" project, Grundtvig Multilateral Project - 2008 - 344 / 001-001, created by UNIEDA-Italian Union of Education of Adults (coordinator), ADN - Fondazione Diaristico Nazionale-Onlus, European Information Center (BG), Danish School of Education, University of Arhus (DK), Community Development Foundation (ES), SL- sozial.label eV (DE), VIDA - Association for Intergenerational Enhancement and Active Development (PT).
It is an autobiographical narrative.
Attachments